Christine was born in Germany where she lived until 1998. She has been a professional painter since 1992, dedicating most of her work so far to the exploration of water and coastlines. Entirely self-taught, she was initially inspired by repeated prolonged stays in Australia, and the beauty of its pristine beaches.

After having moved from Munich to London in the late 90s, she turned her attention to Mediterranean waters – the French Riviera, Corsica, and more recently the coastline of the Maremma in Tuscany.

Christine has exhibited her work in galleries in Munich, Sydney and London and has undertaken various commissions. Up until now, her paintings were only available as originals, but due to demand, and in order to make her work accessible for a wider range of buyers, they are now for the first time available to purchase as limited edition prints.

Her paintings, whilst being personal reflections both on nature and the places of inspiration, resonate with a wide range of people.

She says about her work:

"I try to reflect the beauty of the natural world. By painting it, I try not only to understand it better but also to capture the essence of what makes it fascinating for us to look at. Water has been my favourite topic for many years now, because aside from being endlessly varying in its appearance and a real challenge to capture on canvas, it also has all kinds of symbolic, contemplative meanings."

Consequently, her compositions cover a range of different ways of looking at water, from the mystery of underwater landscapes to the openness of beach scenes and views from above. Time and again, her favourite theme has been the close-up look. She says: "As much as I appreciate a beautiful view in the classic sense, I feel that by looking closer one discovers a whole different world – shapes dissolve, others appear, and patterns within patterns are revealed…"

Having concentrated on seascapes for many years she is now exploring other natural environments as the subject for her paintings.

Christine and her husband, photographer Simon Wood, live in an old farmhouse in rural Suffolk and for part of the year in the coastal countryside of the Mareamma, Italy. 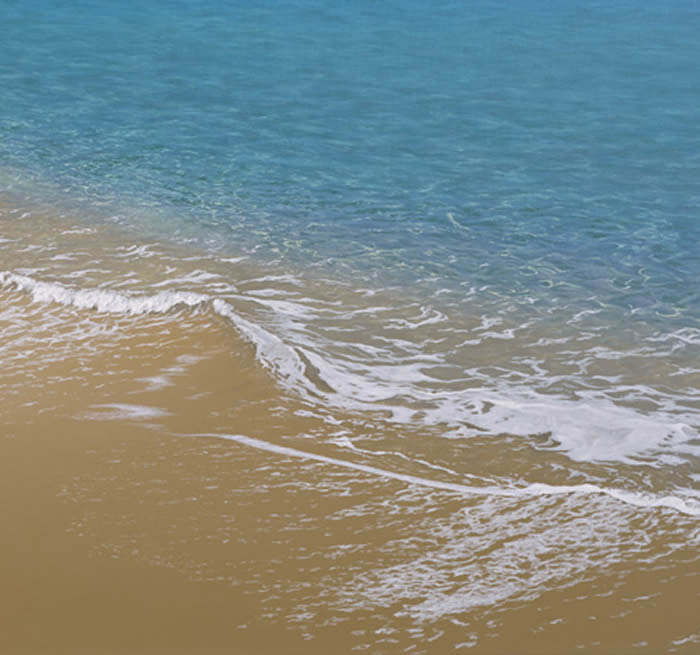 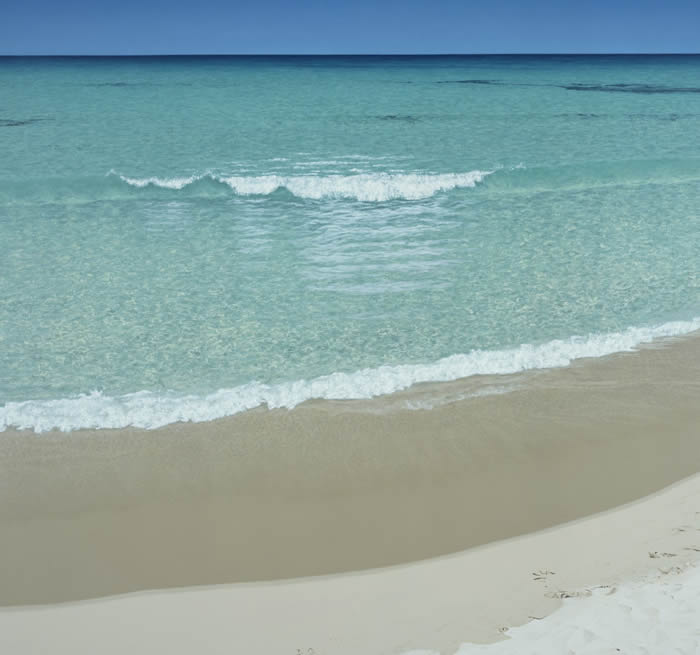 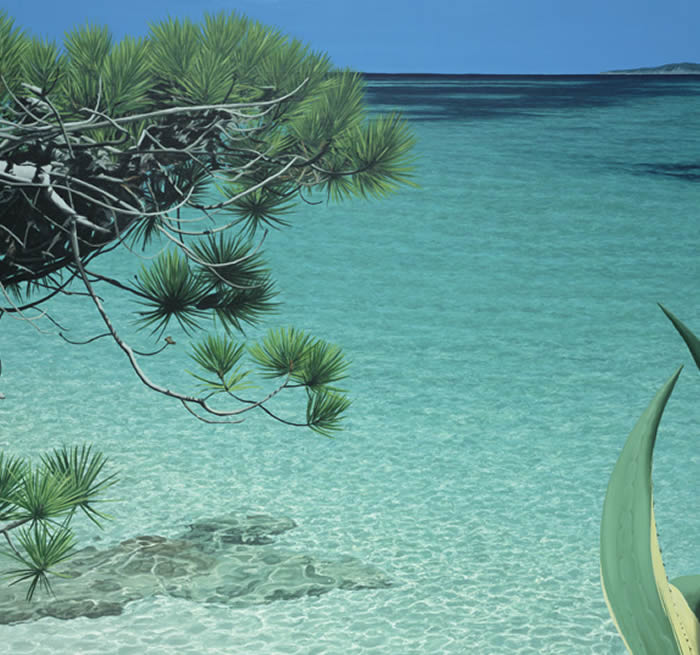 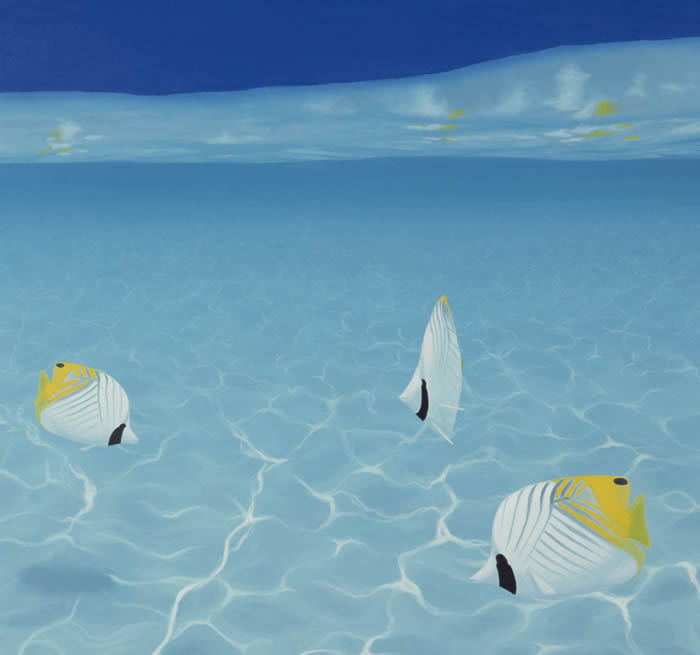